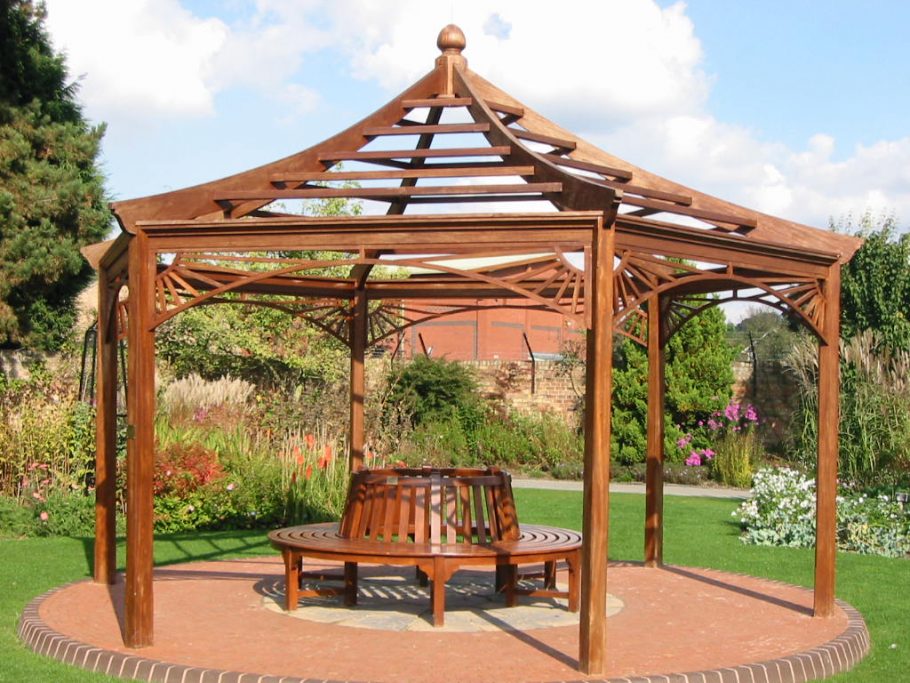 The Rich History of the Gazebo: From Ancient Egyptians to Elizabethan Gardens

Gardens and outdoor furniture have long been popular with people from around the world and across the vast majority of cultures. Whilst the gazebo increased in popularity in the UK during Victorian times, the love for the simple wooden structure dates back to over 5,000 years ago.

Gazebos are a wonderful addition to any garden, as they offer a roof structure that۪s perfect for entertaining in this country۪s ever-changing weather. They also serve as attractive decorations for your outdoor space.

Incredibly, the gazebo was first used by the ancient Egyptians over five millennia ago. They used the wooden frames to grow vines and took a lot of pride in their gardens. This was because they believed that their backyards, and therefore gazebos, would follow them to the afterlife.

For Persians, a gazebo was the space to conduct business. Meanwhile, the Ancient Greeks would erect the frames in public areas, close to temples, for everyone to enjoy. At this time they would have been made from a more permanent material, such as marble.

Much like us, the Romans would invest in a private gazebo as a space to escape and relax. As the population of Rome increased, there was a desire amongst richer families to build summerhouses outside the city and along the Mediterranean coastline. These would usually be fitted with a gazebo. 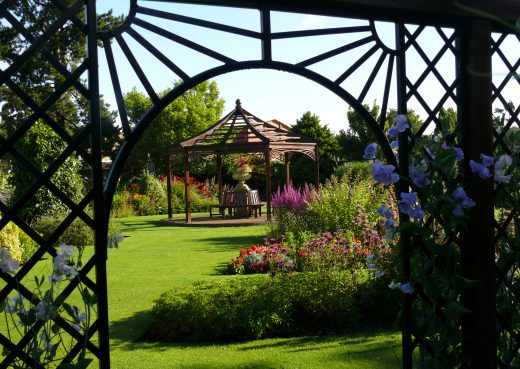 Over in the east, gazebos were becoming more and more elaborate, especially in places such as China. In Japan, they were used to host Tea Ceremonies, as well as a place to rest and take in the natural world.

Fast forward to the Middle Ages and we start to see European monarchs indulging in these ornate shelters. The Louvre had four gazebos installed during the 1300s, and as always the French kick-started a fashionable trend. During the 15th century in England, gazebos began to be used more frequently for entertainment purposes.

Chinese-style pavilions quickly became popular during the 1700s with more and more popping up in the grounds of wealthy European families. It was around this time that the term gazebo۪ was first used in the English language. It came after John and William Halfpenny, two British architects, published a book on buildings in rural China.

According to the Oxford English Dictionary, the word was coined from the word gaze added to the Latin ending -ebo۪, from videbo meaning I shall see. Gazebo was supposed to mean I will look.

Nowadays, the gazebo is an affordable luxury. Easily constructed, you can relish the outdoors whilst keeping out of the direct sun this summer.

Here at Woodcraft UK, we sell a wide range of elegant gazebos. Made from quality oak, iroko and hardwood, our designs can be tailored to your specific outdoor needs. So, whether you want to relax like a Roman, or enjoy a cup of tea like the Japanese, we۪ve got you covered quite literally.

You can find out more about our gazebos by visiting our Gazebo, Pergolas and Summer Houses page or calling us on 01482 887921.